THE VIKING VAULT
Rounding third and heading for home
Senior baseball and softball players reflect
By: Madie Legg
NORTHRIDGE - Many of them first walked up to the plate when there was a tee on it. Since then, the years have flown by, and this spring finds these six ball players sharing some of their memories and wisdom as they prepare to graduate.
​ 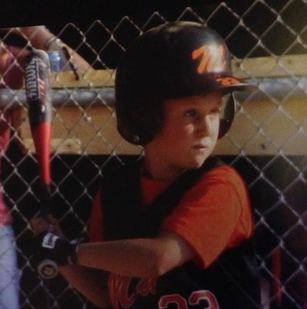 Drew Cella
Favorite baseball memory: All the bus rides to and from the games with the boys
How long played baseball: 15 years
Position in baseball: He plays all infield positions and no outfield
Years lettered in baseball: 3rd year lettering for baseball
Advice for future baseball players: Go 100% at all times and always have fun because some day it will all end. 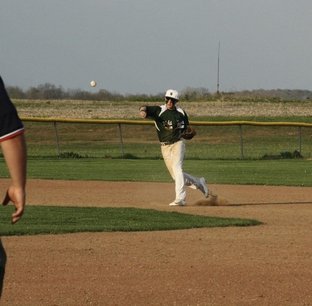 Tyler Rosshirt
Favorite baseball memory: Hitting his first home run over the fence in Minor League and also scoring the game winning run against Johnstown in the bottom of the 7th inning his sophomore year
How long played baseball: Played baseball since he was five
Position in baseball: Plays middle infield (Shortstop and second base) and all three outfield positions
Years lettered in baseball: Second year lettering in baseball
Advice for future baseball players: Show it and have fun everyday. It flies by! 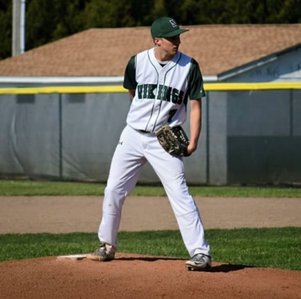 Weston Wigal
Favorite baseball memory: Throwing a 1-hitter at Franklin Heights his sophomore year
How long played baseball: Since he was 5 years old
Position in baseball: He pitches and plays the corners (First and Third)
Years lettered in baseball: First year lettering in baseball
Advice for future baseball players: Never count yourself out in any situation, and don't let anyone kill your love for the game. 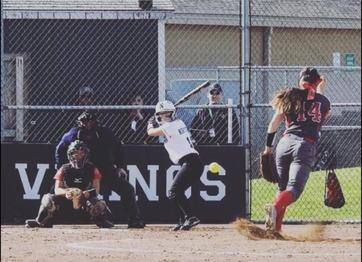 Kayla Mickey
Favorite softball memory: Throwing out three girls in one game her junior year
How long played softball: She has played for 12 years
Position in softball: Catcher and outfield
Years lettered in softball: Four Years
Advice for future softball players: One day, one game, one last pitch and it’s all over so don’t let anyone or anything keep you from being the best you can. 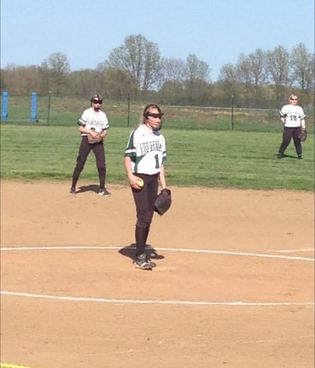 Emmy Adams
Favorite softball memory: Beating Johnstown twice her sophomore year
How long played softball: Seven years
Position in softball: Pitcher and outfield
Years lettered in softball: Two years
Advice for future softball players: Don’t take it for granted because it's over before you know it! 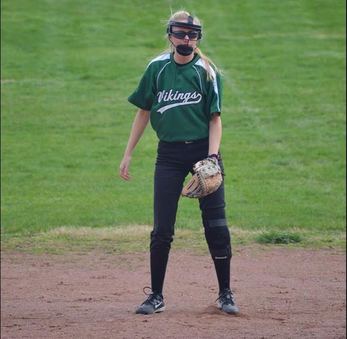 Olivia Dorman
Favorite softball memory: When they were losing against Watkins the whole game and came back in the last inning and won
How long played softball: 12 years
Position in softball: First base and second base
Years lettered in softball: First year
Advice for future softball players: Don’t let anyone get in your head.
-Madie Legg ('19) is a first-year member of the Viking Vault. 19slegg@northridgevikings.org
What you need to know about this track season
By: Austin White

The Olympic sport of track and field has been around for thousands of years. People have always competed in races and thrown.
Offered as a school sport, it opens the opportunity to compete in many different types of events. For the running events there are 100 hurdles, 110 hurdles, 200 hurdles, 300 hurdles,4x100, 4x200, 4x400. 4x800, 400, 800, 1 mile and 2 mile. The other events are long jump, high jump, pole vault, discus, and shot put.

With all these different events, athletes get a chance to try new things and learn new skills. This also pushes kids to try new events which furthers their athletic abilities.

This Season:
​
Northridge's track team has done well in the past years and hopes to continue that this year. Tyler Felhofer (‘18) has high hopes this season in track, noting, “As a whole we will do well. We have many great runners, jumpers & throwers. We will also have many competitors for every event.” 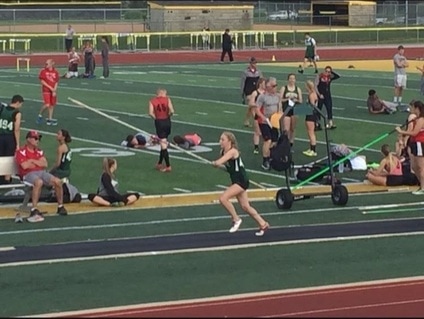 Webb getting ready to jump. Photo courtesy of Gabby Webb.
Webb on track to reach pole vault goals
By: Mackenzie Holder
NORTHRIDGE - Gabrielle Webb, a Northridge High School sophomore, started off her high school track career by breaking the school pole vault record during her first season and even set a new record of eight feet.

As the track season of 2016 began last year, Webb decided she wanted to try the pole vault and was just starting to clear the bar. As the meets started to roll around, Webb was practicing hard every day after school and stayed later than everyone else to condition and work on her pole vault technique. By the end of the season, she was breaking her personal record each meet.

On the week leading up to the District competition, Webb said she was nervous; she got nervous every meet, but this meet was going to be different. Webb had to clear eight feet in order to move on, and at previous meets she had only been clearing seven feet. By her last jump, she stated her hands were sweaty. She could feel the breeze on her cold and clammy face. She started to go toward the jump, and the next thing she knew, she was lying on her back on the mat, and she knew that she made it. Pole Vault Coach Mark Dann ran over to her and gave her a huge hug as congratulations. Though Webb missed her spot two out of her three jumps, she still qualified for regionals when she made it on the last jump.

Then it was time for the regional competition. “When I just decided to give it a try last season, I never imagined I’d be good enough to qualify for regionals,” Webb remembers.

During the practice right before Regionals, Webb fell directly on her head while jumping.

“I didn’t know I was seriously hurt at first,” she recalls. “So I kept jumping, six or seven more times, before I got really dizzy and just couldn’t do it any more.”

As it turned out, Webb was diagnosed with a severe concussion and could not return to competition or practice for the remainder of the post-season. With competition over for her freshman year, Webb turned her sights toward the following track season. Now, as the 2017 season gets underway, she says she is looking forward to getting better and making it to Regionals and maybe even the State competition.

In addition to the pole vault, Webb also runs the 300m hurdles. Expectations for herself as this upcoming season approaches are that she wants to become faster and make a new personal record in the 300m hurdles.

Webb says she enjoys track because she enjoys having the bond with her teammates. In the end, her love of the Pole Vault goes back to one important week last year. “I got really good at it in just a week, and that made me want to work harder and get even better.”

NHS’s motto for this track season is “Track 4 Life.”

-Mackenzie Holder (‘19) is the Jr. Print Editor of The Viking Vault. 19Mholder@northridgevikings.org
Powered by