THE VIKING VAULT
Teachers remember freshman year
By: Caylee Lindsay
NORTHRIDGE- Have you ever wondered what your teachers were like in high school? Keep reading to find out your teacher’s favorite Freshman Year memories. 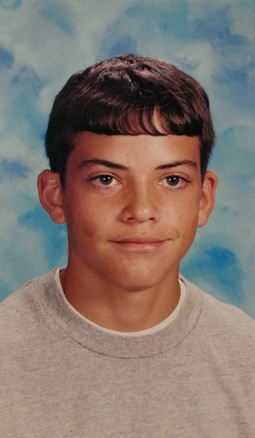 Mr. Miracle: As a freshman I was excited but nervous at the same time. I went to a big high school. I think we had around 1,500 students. We had three middle schools that combined into one high school. So there were a lot of new people in the 9th grade class that I didn't know. Some of those kids I am still good friends with today though, so it worked out okay. One of my favorite memories was scoring my first career goal on the soccer team. I felt a lot of pressure as a freshman playing varsity, so it was a relief to get a goal and help the team out. 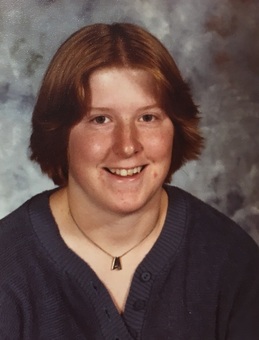 Ms. Anderson: I was excited to enter high school because of increased academic and athletic opportunities. It has been nearly 40 years....but I believe my favorite memories of becoming a freshman included gaining more freedom, participating in classes and sports with older kids, and having my Dad as a teacher. My least favorite memory during my freshman year was getting beat out of basketball tournament by the Fort Loramie Redskins 44-40. 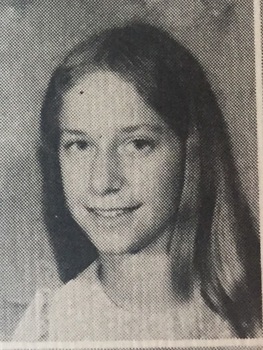 Profe: I don't remember being as excited as much as perhaps anxious.  My freshman class was the third class into a brand new high school, complete with a swimming pool. We had and maybe still have a state winning water polo team; little old Napoleon, Ohio, population 9,000!  So, one 9-weeks everyone dreaded in the secondary school experience was swimming class!  I guess we got a few extra minutes to change back into dry clothes and do something with our sopping hair before sitting in freezing air-conditioned classes feeling just beautiful!

Band, and especially marching band, was a big part of my high school experience. I played trombone and the first-chair/right guide senior, Risa Zachrich, hated me and did a good passive-aggressive job of letting me know!  The Napoleon High School marching band was great and awesome. Seriously, (OK, maybe our parents were biased) we were invited to march in many big parades in Ohio and Indiana during the summer, long sleeves, wool pants and all.  The summer between my freshman and sophomore year we marched in the Miami, Fla. Lyons Parade.  Risa didn't take her responsibility lightly and did a great job guiding the whole band (the rest of the band follows the lead of the front row, right guide) We didn't win but in the Miami heat, after the parade she fainted and hit her head pretty hard on the pavement. I felt for her but...  But in 1776, when I was the senior guide and marching in the Cherry Blossom Parade in Washington, D.C., we took first place against bands from Hawaii and all points east.  We were so "on" it was like an out-of-body experience.  So the tongue-in-cheek motto of our band was, "Join the band, see the world!"  Needless to say, we sold a lot of fruit!

Mr. Roger King was our director and he styled himself after The Ohio State Marching Band.  Those were the days before drum and bugle corps became popular.  His, and therefore our, style was military and we marched while we played and rarely stopped. One football game show we had to march, play and mesh at and through the 50-yd. line and keep on going - all 100+ of us. I didn't fall or faint but I'm sure I wobbled a bit when the space between two clarinet players was smaller than the bell of my horn which caused the mouthpiece to bash hard enough into my mouth to cut almost through my lip, blood flowing freely.
​
So, I'm proud of my hometown band and the part I played in it. As for an embarrassing moment, again, the entire band was at attention on the 50 yd. line during morning practice.  A trombone has 4 separable pieces and for some reason, three of them were falling apart!  I didn't realize everyone else was tin soldier straight and my butt was hanging out one side and my head the other of the line while I bent over to argue with my gleaming, metallic friend until the full ire of Mr. King's booming voice came over the bull horn full blast pronouncing my complete first and last name, asking me what I was doing! Guess you had to be there. 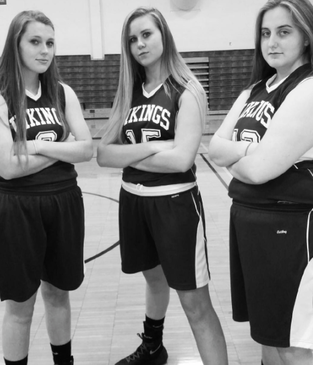 Veronica Reese ('17), Hallie Martin ('17), and DeNune. Photo courtesy of Caylee Lindsay.
She shoots, she scores, she graduates
By: Kayla Butler
NORTHRIDGE - She will never forget it: the sound of shoes squeaking on the polished court as everyone runs for the ball, the pounding of her heart as the ball flies toward the net, the seeming slow of time as the clock has just seconds before the end of the game, the uncontainable joy and celebration of the team and crowd alike, as the girl’s Northridge basketball team wins the game.

Northridge Senior and basketball player, Jenna DeNune (‘17), has loved basketball since she began playing in third grade, after watching and being inspired by older Vikings and players at the Ohio State University. She enjoyed the game so much that just two years later, she began to start playing competitively.

“Anyone who knows Jenna knows that she loves basketball,” says fellow senior and basketball teammate, Veronica Reese (‘17). DeNune is often seen sporting sweatshirts and a necklace with the same number that is on her back on the court: number 42. Reese adds, “Jenna is a great leader and even makes the bench fun.”

Nine years on the court come with a lot of memories, some containing blood, sweat, and tears. “My favorite memory is beating Fredericktown by one point when I was a freshman. Winning that game moved us onto the sectional finals, and we won,” she said with a nostalgic smile.

Over the years, DeNune has met many people and received advice that has helped her. She says the best advice she’s gotten has been from coach Joe Rucker, who told her, “Play like it’s your last game because one day, you won’t be out here doing this anymore, and you’ll regret not giving it your all now.”

Advice DeNune would like to offer to others is, “You’re a student athlete. School always comes first.” As far as games? “Don’t be so hard on yourself when you mess up because it’s just a game.”

DeNune says she has gained a lot from playing basketball. “It gives me so many lessons in life. How to get through tough times after a loss. How to take a win gracefully. It has also given me great friends for a lifetime.”

After graduating in May, DeNune would like to attend college to pursue a career in athletic training. She says, “I like sports and I want to stay around them.”

With just around six months left of senior year, many students have already begun reflecting on their Northridge High School experiences, DeNune included. She says, “Thank you to all my coaches that pushed me, and Sara Pribonic for showing me how to be a good a person and also a great basketball player. Also, to Mrs. Garee for being awesome and helping me through everything. And my parents for taking me to and from practices and games and being there for me.”