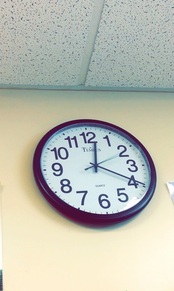 NORTHRIDGE –  The 2015-2016 school year has new start and end times for the school day. The school day starts and end fifteen minutes later than last year. This has helped and hindered some students in a few different ways.

For me personally, the 15 minutes later in the morning has helped me stay on time for school, instead of being five or ten minutes late to first period. But even with the positives I and other students have experienced, there have been a few complaints about the start times. Students have asked how they will be able to get to work on time when they are scheduled after school and what changes if any there will be to after school activities like sports, musicals, or clubs. Parents have asked how the extra 15 minutes will fit into their schedule if they have to pick up their kids after school.

Senior Spencer Miller (16’) says that “The start times have helped me wake up earlier, but at the same time, they’ve really cut it close to getting to work on time.” Freshman Chase Stermer (19’) says, “Starting my Freshman year was really easy because the times helped me stay ready in the morning.”

Students had a very split opinion on the new times, almost a 50/50 split. The start times didn’t affect the length of the school day either. The 15 minutes taken from the beginning of the day was added to the end of the day to even things out. So the periods throughout the day didn’t change at all.

There have been multiple scientific studies surrounding the start and end times of the school day. According to Start School Later.net, a site devoted to health of students, the main basis of the studies is that adolescents need at least 8.5 to 9.25 hours of sleep each night, and the average time that students get to sleep each night is around 11:00 p.m. This leads to students getting about 6 or 7 hours of sleep each night, which means that waking up at 5 or 6 to be on time for school means waking up in the middle of deep sleep. This can mess with the student’s sleep schedule and cause what scientists call a large “sleep debt” to the brain’s central bank.

But on the other side of the coin, the earlier students get to school the earlier they can leave school and get to work, or practice, or whatever extracurricular activities they have for the day. So trying to find the ideal start and end time for the school day is often a tricky thing.

NORTHRIDGE- Over the summer, people were all over the place doing fun things: beach days, vacations, and many other things. Yet, once we get back to school, we tend to only hear the summer news from our friends. A lot of other people did some cool things over the summer you may not have heard about.

Senior Jordan Wolfe got to go canoeing on a lake by the Canadian border. While canoeing, he said they were out in the middle of nowhere surrounded by wilderness and the Great Lakes. He said they had one main camp, but once they left the camp on the canoeing trip, there was nothing. Wolfe mentioned having to bring all the food they needed, along with the proper necessities to be able to cook and prepare the food. Along with food, he said they had to bring methods to purify the water to drink from the lake. While canoeing, he said they canoed out to a lot of islands and camped on them. While on the islands, Wolfe mentions doing a lot of “portaging,” which is the grievous task of having to carry your canoes along with all of your gear over land to either camp, or make your way to more water. Over the trip, he said the views of the lake and just generally nature were spectacular. He also said there was a lot of wildlife, specifically loons, which are like Canadian ducks.

“They screamed like a foghorn,” Wolfe said. Overall, he said he had a pretty good summer.

Other students, like senior Spencer Miller, decided to keep their trips close to home. Miller decided to pack up for a day trip and head over to Cleveland for a concert venue known by the name of “Warped Tour.” The concert was hosted at Blossom Falls music center. During the time of the show, he said he saw most of his favorite bands play, such as August Burns Red, Beartooth, and many others.

Miller mentioned hydration being very important at Warped Tour, as temperatures were creeping into the nineties. Because of this, he said they gave out free water to ensure hydration. Overall, Miller said he had a great time, and also a good summer in general.

In all, it sounds like mostly everyone enjoyed the summer of 2015. Vacations, day trips, and hanging with friends were all popular hobbies this summer.

NORTHRIDGE- Over this past summer Northridge’s plan to invest in an all new weight room and a new fitness room was realized.

Athletes are calling the brand new facility a much needed upgrade, as the previous one was outdated. It was also much too cramped, which made team workouts difficult. All the new equipment, which is from Stray Dog Strength, cost the school about $70,000.

The weight room is in the old industrial room that used to be the woodshop class. It’s across from the gym as you walk to the middle school from the high school. The much larger weight room has a new, soft rubber floor. There are four all new lifting racks, which can be used for many different workouts. There are also new hamstring curl machines, lat pulldown machines, a new leg press and plenty of dumbbells so anyone can find the right weight for the right workout. The room does not feature a sound system, so headphones have become normal gym attire.

The fitness room, more focused on cardio exercise, is located where the old weight room used to be, across the hall from the locker rooms. This room has many machines like ellipticals, treadmills, bikes, chest press, shoulder press, and leg extension machines. It still does have the old sound system set up, so blasting music is an option there.

Alexander Webb (16’) says “I love the new weight room, and all the updated machines. Our football team can work out so much easier and better, considering the room is much bigger.” Webb united with Logan Parker (‘16) last spring to “pitch” the idea of a new weight room to board members.

With the addition of the new weight room and the new machines, there are also a couple classes that have been added to Physical Education curriculum. One is the strength and conditioning class. This class uses the new weight room and involves lots of weight training. They work on all parts of the body: legs, core, back, and upper body. The other class is a fitness class, which is focused on cardio. They mostly use the ellipticals, bikes, and treadmills in this class.

Athletic Director Mr. Justin Greiger says “The new rooms are fantastic. They are such an upgrade from last year’s weight room. All the new equipment allows teams to get workouts done much more efficiently.”

As of right now these rooms are only to be used for athletic teams and school classes. Students can’t just go in there after school and work out if they want to. But Mr. Greiger is working on this, and he hopes that soon, as long as there is a qualified adult overseeing the space, students will be able to work out whenever they want to. 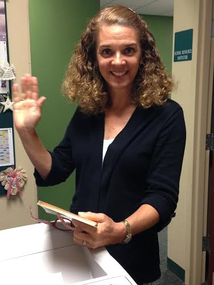 Rockenstein has been one of the new additions to Northridge’s staff this school year and is working hard to get to know everyone.

“If I know who you are and what you’re interested in, when I find things that may appeal to you, I can suggest it to you,” she says about the benefit of getting to know students. Rauchenstein plans to meet with every junior and senior before January to formally meet them and find out what their future plans are, so that she can show them all of their options and help them find all of the open doors available to them.

She started her career teaching English and then eventually moved onto counseling, and she has been a counselor for the past 11 years. Compared to other work places, Rockenstein says that Northridge is quite small. She said she is surprised by how quiet and calm things are here.

“I was thrilled when I saw the opening at Northridge; I wanted something more like where I came from. Because there is only one counselor here, it also helped me that I had experience prior to taking this position,” she said. Rockenstein also expressed how truly much she loves her job and plans to be apart of the Viking family for awhile.

Just recently having put two boys into college herself, Rauchenstein can relate to parents on the expenses of college and how involved the preparations. She plans to do as much as she can to help students and parents with getting ready for college. One thing she says helps a lot with keeping costs down is staying involved in athletics and clubs because there are so many scholarships and different opportunities available, and the more you have to put on your college application, the better!

“Definitely tell them to come by and say hello,” Rockenstein said, eager to help students navigate the adventures of high school and beyond.