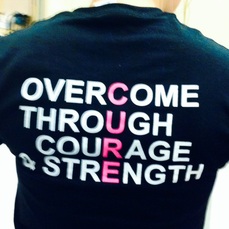 Events for the CURE
NORTHRIDGE – With October being Breast Cancer Awareness Month, Northridge High School had some events in the weeks preceding the start of the month to raise awareness for breast cancer research. The events included a dodgeball tournament sponsored by the Student Leadership Team and various athletic events put on by the respective teams.

A t-shirt sale preceded the dodgeball tournament. T-shirts bearing the slogan “Dodge, duck, dip, dive, dodge, & cure” on the front and “Overcome through courage & strength” on the back were sold to high school students. The dodgeball tournament itself took place on Friday, September 27 in the High School gymnasium. According to Student Leadership, the fundraiser grossed about $1,200.

The football game that night was also dedicated to breast cancer awareness. The N-Unit theme was pink-out, and a raffle was held for which the proceeds went to the Susan G. Komen foundation for breast cancer research. AJ Moonry ('14) said "The game was a success." Zach Hossler ('14) says. "Even though we didn't win the game, we won by raising money for breast cancer."

The soccer team had a “Kick for a Cure” match on September 19, in which the team wore pink jerseys in honor of breast cancer victims and survivors. The final score of the match was 4-0 in favor of Northridge. Connor Johnson ('14) and Michael Travis ('14) both made items to sell for cancer awareness. Matt Grindle ('14) said it was cool that they were able to get pink jerseys and socks for the match. Travis says "We did it to save the [mentally insert a casual term for mammaries]."

Volleyball also participated in Johnstown’s Volley for the Cure match on September 12. This is an annual event in which both teams wear as much pink as they can. Teams ask sponsors to donate items for an auction, the proceeds from which go to a cancer research program. Cancer survivors, allies, and fighters are honored during the match. Volleyball player Sara Pribonic ('14) says "I never had anyone personally go through it, but I think it's really good that we do something like that. I think for everyone that has had someone go through that, it is really helpful. It's one small way we can show our appreciation and support for families who had to go through that."

EDIT 9-2-14: We received a comment from Maggie D. at Healthline, who saw this story and asked us if we would kindly post a link to a piece they did on breast cancer. The link features celebrities who experienced breast cancer and what they have to say on the topic.
http://www.healthline.com/health/breast-cancer/quotes 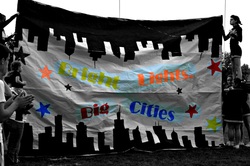 NORTHRIDGE - With fall rolling around, the annual Homecoming Dance was Saturday October 5th, held after the football game on Friday.

This year the Senior class Homecoming Court attendants were Jacob Burke, Matthew Grindle, Ryan Trimble and Zachary Hossler. For the girls, there were Haley Menix, Arielle Cottrell, Danielle Salamone, and Hayley Curran. King and Queen will be announced during Homecoming. Trimble says "I have not changed my outlook on homecoming. I do not think there is any pressure to look better, but I drive a cool car." Menix says "I want to win, but I'll be happy either way because I'm on with friends." Salamone believe she will have to look "more dressy, but not trashy. Winning would be nice, but I'm not going to get my hopes up. I'll be happy either way."

Hunter Adkins ('15) is a Sports and Extras Editor for The Viking Vault.
Powered by